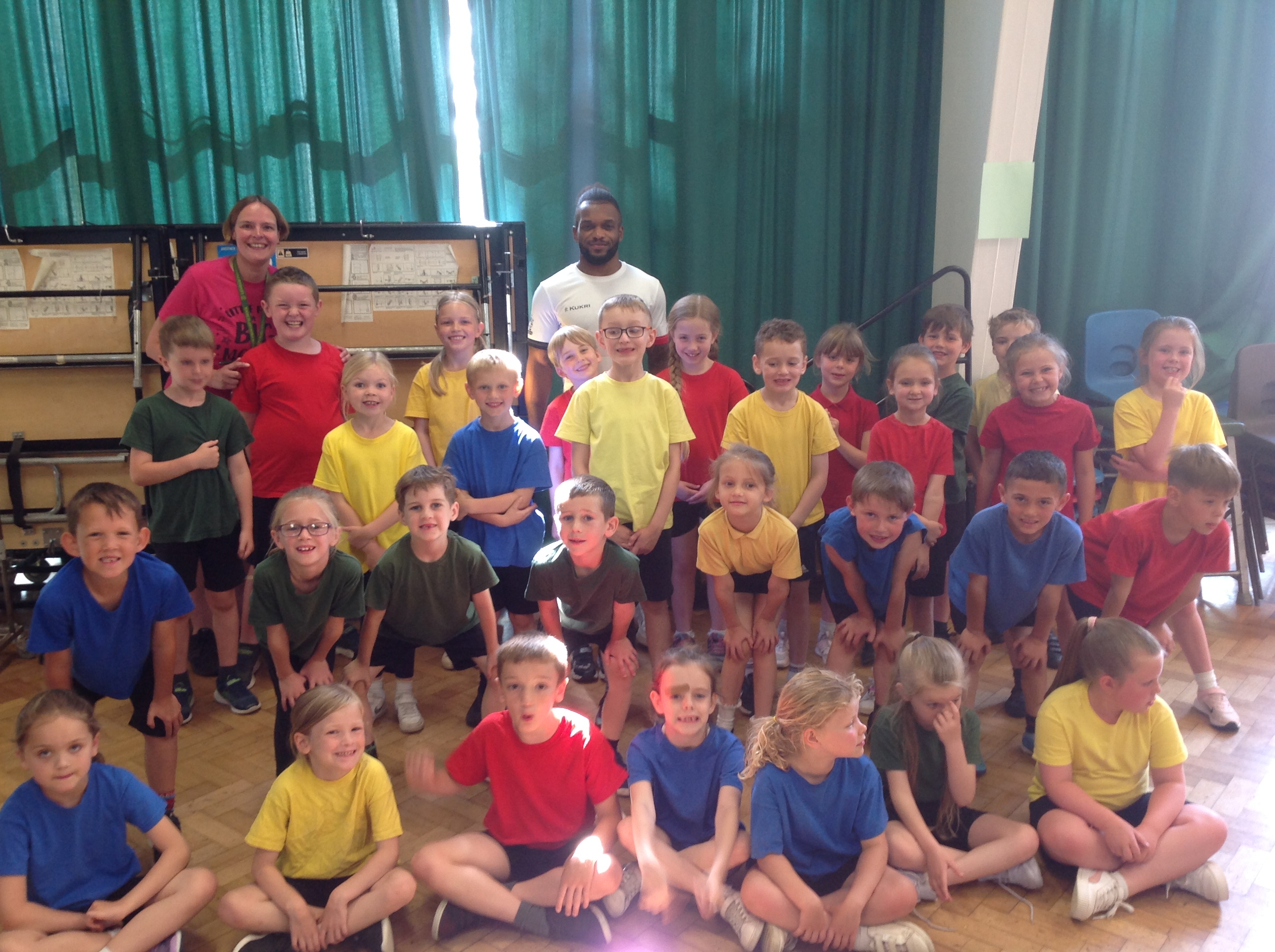 Lenham Primary School had the honour of being visited by a brilliant, famous gymnast - Courtney Tulloch! In sports week, children and teachers were all eager to meet him, but they had to contain their excitement a little longer than expected. Courtney was invited to train for The Commonwealth Games, a once in a lifetime opportunity, so he couldn’t visit us on the day that was planned. Luckily, he was free next week, so all of Lenham Primary could still see him.

The excitement started with an assembly, with Courtney explaining about his life, his career, and even answering questions from the students! He brought in medals to show us, performed some tricks - the whole school was fascinated!

Afterwards, each class participated in sporty activities arranged by Courtney, each lasting around 30 seconds and music to help you feel the rhythm!

Everyone asked him for an autograph, and wished him good luck for the Commonwealth Games.

Thank you, Courtney Tulloch, for visiting Lenham Primary School, and we all hope to see you again!

On Tuesday 28.6.22 an Olympic gymnast called Courtney Tulloch came in to tell us about himself, show us some skills and ‘put us through our paces’ making us do about thirty seconds of four different exercises such as, mountain climbers and press-ups. I don’t think Mrs Fisher was very happy when everyone said that Courtney should do a back flip over her.

He couldn’t come during Sports Week as he got entered into the Commonwealth Games and had to go to a press conference. Despite this, we still thoroughly enjoyed his inspirational visit. The year sixes definitely did their research as they knew some things about him that even he himself had almost forgotten. Courtney even brought in a couple of medals (gold and silver) to show us. His favourite was the silver because he got it for vault which he was told he would never, ever earn and he told us that it goes to show that if you want something badly enough you can earn it. Apart from those, he has also won 90-100 medals. His favourite piece of apparatus (equipment)  was the rings. Courtney also told us about his ‘bouncy ball story’. He won one bouncy, put in his pocket and got bronze. He earnt another one, put both in his pocket and got silver. He won another bouncy ball, put all three in his pocket and got gold. He’s kept them in his pocket ever since. As well as the back flip,  one of our favourite skills he showed us was the dive roll.

Thank you for reading! We would like to thank Courtney Tulloch for coming to visit and to wish him luck for the Commonwealth Games.